Growing Figs in the Pacific Northwest 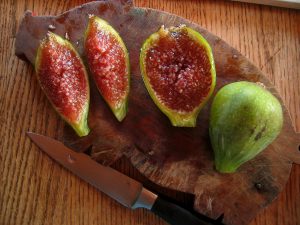 Though figs (Ficus carica) are of Mediterranean origin, they thrive and fruit well in the Pacific Northwest. They produce small embryonic fruit each year in late summer that overwinters and ripens the following summer (called the Breba crop). They are self-fertile. There are a few tips that can make a fig a successful addition to the fruit garden.

Figs will do best if planted in a warm site. Though they can be grown in the open, planting them against a south or west wall can increase ripening success in cooler summers. They prefer a well-drained, sandy soil. If the soil is especially heavy, consider building a raised bed or mound for planting. Sandy soil and raised beds warm earlier in the summer, increasing the growing season. Figs are somewhat drought tolerant. Figs can also be grown in large containers, which can be over wintered in a garage, shed, or greenhouse. 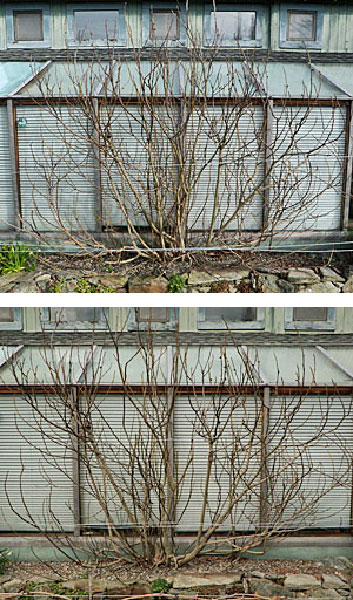 The first few years in the ground, protect the trunk of the fig by wrapping pipe insulation around it in the winter, after the leaves drop. Once the fig is well established, it can re-sprout from its roots if severely damaged by an especially hard winter. Container grown figs should be moved into a protected location for the winter, such as an unheated garden shed or garage. If left outside, the pot should be wrapped with insulation.

Figs can be grown as a single trunk tree, or as a multi-stemmed bush. They can be espaliered into a fan shape. We find that the most productive method of training is to treat them as a multi-stemmed bush. Pruning is done in two phases. In early spring, before the tree breaks dormancy, remove any winter damaged wood, thin out weak shoots, and, on older trees, remove older, non-productive wood to the ground. The goal of this pruning is to keep the fig open to light and air circulation, and to stimulate new productive wood. The second pruning is done in mid-summer, and consists of pinching the new growing tips once they have extended 4-6 leaves. New side shoots will grow from these leaf axils, which will then produce embryonic figs in their leaf axils that will remain small enough to over winter and ripen the following summer. Without this summer pinching, the tree will often set fruit too early, and the fruit will grow too large to overwinter successfully. In late fall, after a hard freeze, remove any unripe figs that are larger than a marble; these will not overwinter. 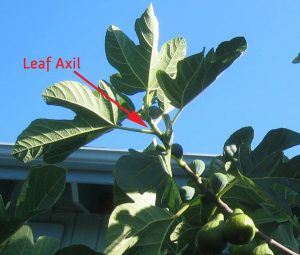 Figs usually ripen over a several week period in August in the Pacific Northwest. They are ripe when the fruit droops on its stem and becomes quite soft. If we have rain while they are ripening, the base of the fig will sometimes split and exude a sugary juice. This is very attractive to wasps, so keep the ripe figs picked! You can eat the figs fresh (they will store a day or two in the refrigerator), dry them, freeze them, or make fig jam. Try halving fresh figs and threading them on skewer for the grill- they are great as a side dish or in salads. 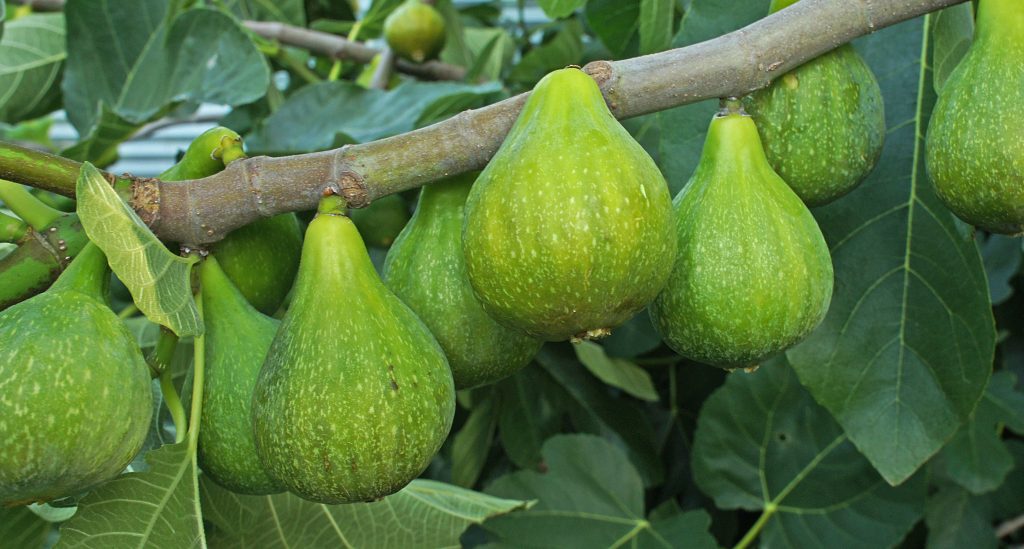