If you’re just planting fruit trees for the first time, you might want to look at the Learn to Grow Fruit Trees page.
Here’s information on growing sweet and pie cherries as free standing bush style trees.

The Upright Fruiting Offshoots (UFO) system for sweet cherries was developed to: 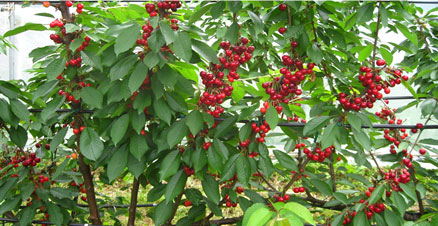 At maturity, the UFO system yields a fruiting wall that is precocious, productive, and simple to maintain. Each tree is comprised of a permanent single horizontal trunk from which renewable fruiting shoots are grown vertically. Fruit are borne predominantly on spurs but also at the base of 1-year-old shoots, all on vertical wood. The UFO system is most easily configured to a single vertical plane, requiring trellising (about five wires). UFO training may be used to establish a pedestrian orchard where very short or no ladders are needed, though higher yields in the single vertical wall UFO can be achieved by maintaining a tree height of 12′-15′. Establishing the UFO system is straightforward with little to no pruning required at planting. 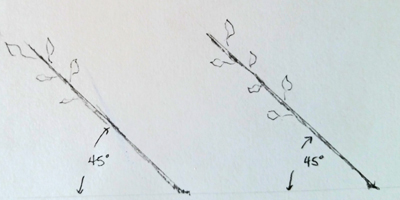 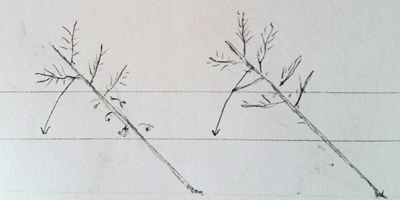 First growing season, begin to train the trunk to horizontal. 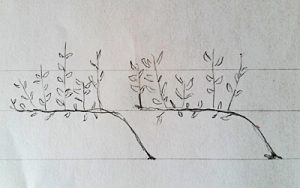