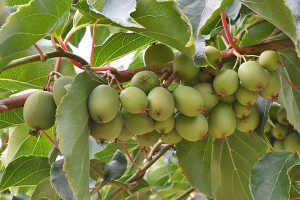 We have a general guide to getting started with shrub and vine fruit here.

The popular fuzzy kiwi, Actinidia deliciosa, is a subtropical vine that grows up to 30′ long and produces fuzzy brown fruit the size of large eggs. The fruit have a tough skin that must be peeled off before eating. Fuzzy kiwi vines are normally winter-hardy to somewhere between 0°F and 10°F, depending upon degree of plant dormancy. The hardy kiwi, Actinidia arguta, differs from the fuzzy kiwi in that the fruit are smaller, 1″ across, shiny green, and can be eaten without peeling. Hardy A.arguta kiwi vines are cold-hardy to -25°F. Another hardy kiwi, Actinidia kolomikta, is hardy to -40°F.

Kiwis prefer rich, well-drained soil with ample summer water. Kiwi vines will not tolerate saturated winter soils, becoming susceptible to root  and crown rot.  If your soil is very heavy, plant on raised beds or berms. When planting kiwis, the best site is one that is not subject to early fall freezes or late spring frosts. The trunks of the fuzzy kiwi vines are the most susceptible to winter damage and can be protected by wrapping them in the winter. Neither home nor commercial growers of kiwi in the Pacific Northwest have reported any serious insect or disease problems. Aphids can occasionally be a problem- use a strong jet of water to wash them off. 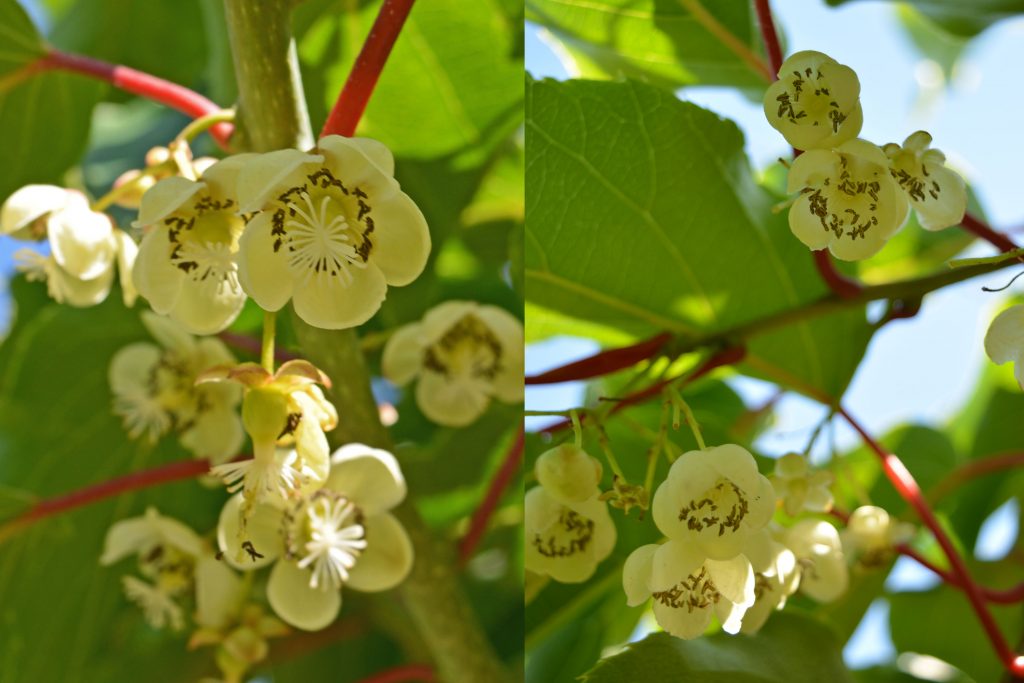 Kiwi is a dioecious plant: male and female flowers are produced on separate plants. To cross-pollinate, interplant male vines with the female fruit-producing vines. Pollen from one male vine can pollinate up to eight surrounding female vines. The male vine needs to be the same species as the female vines as the different species do not bloom at the same time in our climate. Vines usually do not begin to bear fruit until they have grown for 4 or more years. Maximum production is attained at about 8 years. 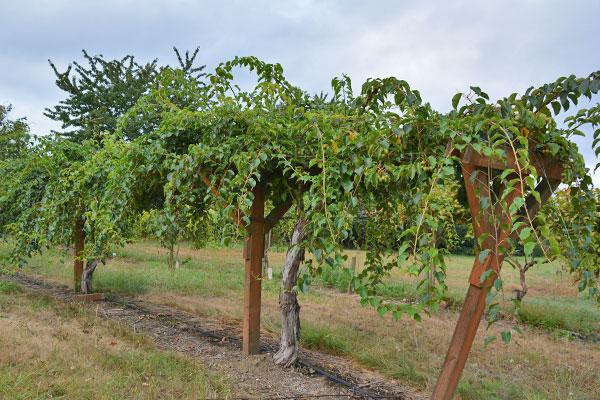 The best trellis for ease of harvest and pruning for the home gardener is a 6′ T-bar trellis made of treated wood or metal post set in concrete. Space three to five 12-gauge horizontal wires at 1′ – to 1 ½’ intervals and space plants 15′ to 20′ apart within the trellis. A typical T-bar trellis consists of posts with a 5- to 6- foot (depending on row width) long cross arm extending across the post. The kiwi fruiting canes are tied to wires on top of the cross arm. 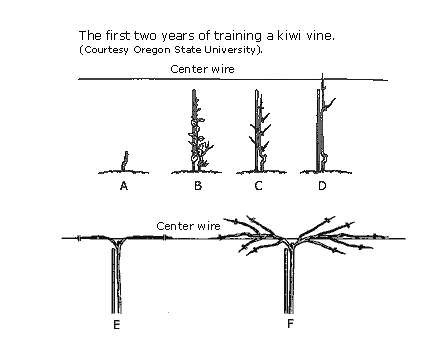 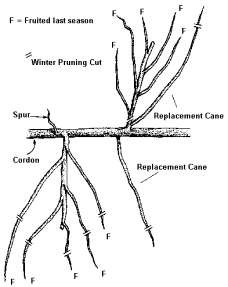 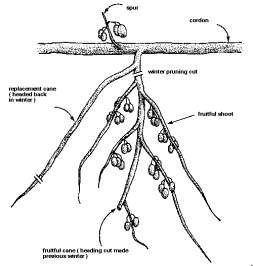