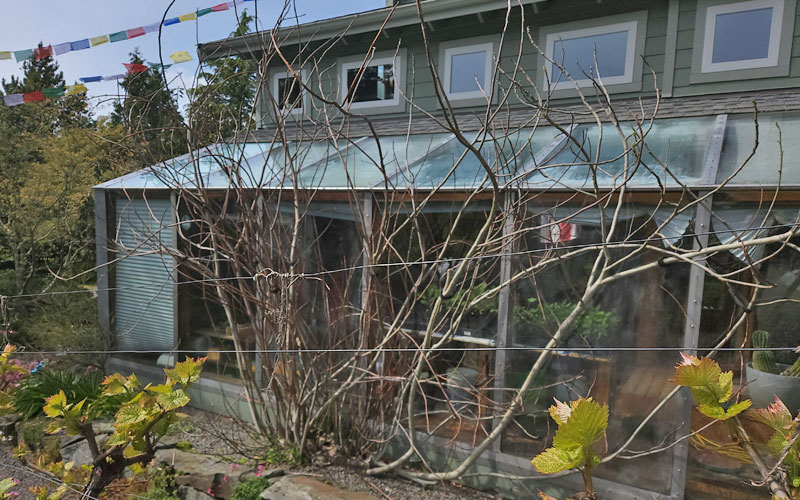 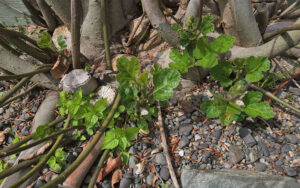 New growth pushing at the base.

Mid-May, and my 29 year old Desert King Fig is still not leafed out. Usually by this time, it has leaves and is beginning to push new growth. This old fig sits against our sunroom, and has never had significant winter damage before, even though I live where we get significant Fraser outflow winds. But I haven’t given up hope- there are leaves emerging at the base of the tree. 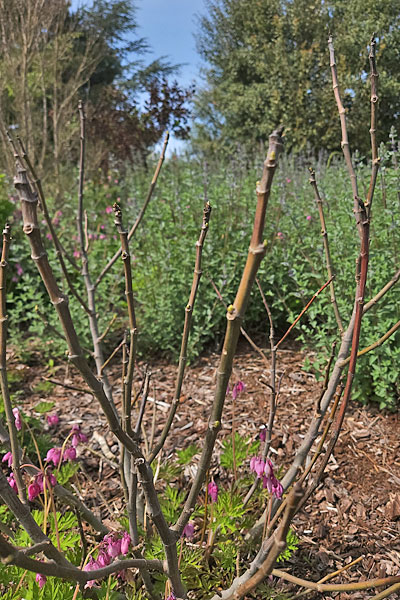 Out in the open, I have 2 younger fig trees. Although one looks like it might be dead, the other one has green buds starting to swell on a few branches. Given how cold spring has been, I’m hoping that I will see some leaves in the next few weeks.

What happened? The very cold weather just after Christmas is likely the culprit. At my house, we were in single digits a couple of nights, with several days in the teens. That kind of weather that early in winter means plants were not yet in full dormancy, and more subject to cold damage. Plus, just as plants were waking up in April, we had another very cold night, which could also have killed some buds. The good news, most of the bitter cold in December happened when there was snow on the ground, insulating the base of the plants.

What to do? As hard as it is, I will be cutting out any dead wood, which means nearly cutting the old Desert King nearly to the ground. Older fig trees that are well established can freeze to the ground and come back from the root system. Unfortunately for those who recently planted fig trees, those trees may not be well enough established to come back.

We’re seeing similar damage on other plants- many broadleaf evergreens were severely damaged by the winter. Our old Garrya elliptica ‘James Roof’ Silktassel was damaged, with all its leaves browning. This shrub has been at the farm for more than 15 years, with marginal damage from winter cold. This year, we’ll be cutting it back nearly to the ground. Again, snow on the ground probably helped the base survive to push new growth. 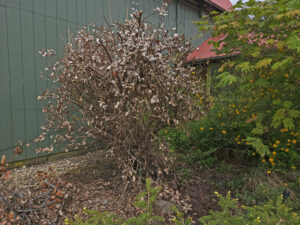 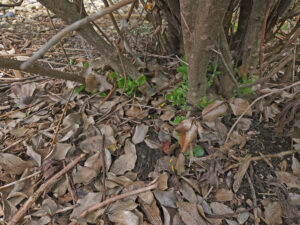 Garry sprouting at the base 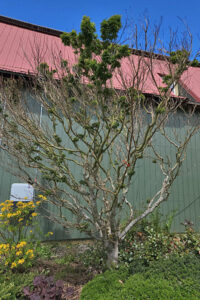 Shishigashira Maple, not leafing out well, due to cold damage

For plants that tend to break dormancy early, the April cold also resulted in some damage. We’re seeing Japanese Maples with uneven leafing, most likely because they were already pushing new leaves when those frosty nights happened.

Luckily, this winter was unusual in the cold weather. Most years, we don’t get quite as cold, and most years, our coldest temperatures occur later in the winter when plants are fully dormant. Not much comfort for gardeners who lost plants this year, but the reality of farming and gardening.