We had a great turnout for our Planning and Planting your Winter Garden workshop the last weekend in June.  One request I had from several attendees was for a list of my favorite hardy varieties, things you can plant now and harvest fall, winter, and spring.  So here it is, Terry’s favorite winter garden varieties.

For planting now, in July, direct sow kale.  The  hardiest kale in my experience is Dwarf Siberian. I’ve also had good luck with Redbor,and  Winter Red has done beautifully in the leafy greens trials at Cloud Mountain.  In milder areas you can also plant Lacinato Kale, but it is less hardy. Plant now and you’ll have kale most of the fall, then the flower buds next spring.  Direct sow broccoli for fall harvest (most varieties work for this), and plant Rudolf for late fall harvest, and purple sprouting broccoli for spring harvest. 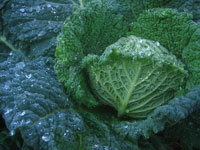 Sow some cabbage varieties for transplant later this summer.  Good varieties for fall are Melissa, Deadon, Famosa and Late Dutch.  Sow a slower growing variety such as January King or Savoy King to harvest late fall and winter.  You’ll note that many of these varieties are Savoy types (slightly crinkled leaves).  These tend to be hardier than flat leaf cabbages. Another sowing in late August will give you small plants that you can overwinter in a cold frame.  These will mature in April, May and June for spring harvest.

If you’re going to grow parsnips, sow them now.  I haven’t found much variety difference in parsnips.  You can also sow swiss chard .  The hardiest is usually white stemmed, such as Perpetual, but I’ve also had Rainbow Lights overwinter well.  Chard is one crop that benefits from a rain cover or cloche, to keep it drier in the winter. 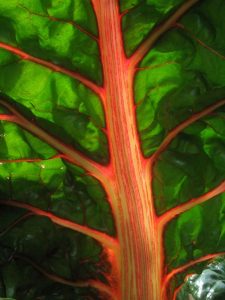 July is a good month to sow winter beets.  Lutz Tall Top (also known as Winter Keeper) is a good variety, as is Detroit Red.  I like Lutz because it can get quite large without loosing flavor or becoming woody.  You’ll be able to winter these right in the ground, or dig them and store them in refrigeration or a root cellar for the winter.

Carrots sown now can be harvested all fall.  Wait a little longer (early August) to sow your winter storage carrots.  Good varieties for winter storage are Autumn King and Merida.  Merida can be sown in late September for spring harvest as well some years, if the weather cooperates.  If it is too warm, and the carrots get any size at all, they’ll bolt next spring.

Napa (Chinese) cabbage can be sown mid-July. This is one crop you need to cover with floating row cover to protect from root maggot.  They will head up and stand well into late fall in the garden.

Later this summer, in mid-August, sow some winter spinach.  Two good varieties are Winter Giant and Samosa.  These are varieties that bolt quickly if sown earlier, but are hardier for over wintering.  Lettuce is also good to sown now.  Winter Density is probably the best variety to try.

If you didn’t grow snap peas this spring, plant a block of Sugar Sprint or Sugan Ann in mid-August.  They’ll ripen in late September, all at once.  Mid-August is also time to plant cilantro.  Calypso is the variety I like. I plant a large block now, for cilantro pesto in late September.  In the cool fall days, cilantro doesn’t bolt very fast and grows quite lush.

I don’t grow alot of Asian greens, although I know they are quite hardy.  Two varieties to mention are Yukina Savoy and Bekana. Sown early September, local growers are finding these very hardy.  They both were highly rated in taste tests through the leafy greens trial.

This is not a complete list of what works, just some tried and true cultivars in my garden.  I still try new varieties on a regular basis.  And as a year round gardener, I know some years some varieties will fail.  But I always keep planting!